Valerie, A Story of Hope 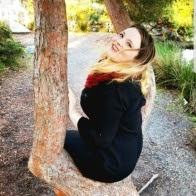 I started working for 2-1-1 a year ago and have the incredible opportunity to speak with members of our community every day. 2-1-1 provides our community with accessible resources and also provides a platform to tell their story to someone who will listen.

This is “Valerie’s” story.

‘Valerie’ first called 2-1-1 shortly after I started working here. Our conversation started out like any normal call. I asked her for some information and what kind of resources she was seeking. When ‘Valerie’ told me that she was looking for self-defense courses, she broke down and I became very concerned. She was distraught. She was a victim of domestic violence and was struggling...struggling to find someone who would listen to her story and nobody was hearing her.

Trapped in her home, battered and afraid, ‘Valerie’ was still able to pick up the phone. She called for help even though she had gone through every resource she was given by law enforcement and had received no help. She felt that she had hit a dead end. She was scared…afraid for herself and for her child. ‘Valerie’ was trapped inside, afraid to leave because her abuser was her neighbor. She feared confrontation and the danger that she would be putting herself in if she left.

With an injured hand as a result of her last encounter with her abuser and a crippling fear of the threat outside, ‘Valerie’ was unable to work. She was at risk of not only the physical threat posed by leaving, but the risk of not being able to provide for herself and her child. On top of the fear of being unsafe, her mind was busy with how to pay for rent, food, utilities and basic needs for her and her child. She believed her situation was not being taken seriously. And I believed her.

‘Valerie’ wanted to take matters into her own hands. She was afraid that she would not be protected by the police and was desperate for resources that would help her take control of the fear she faced leaving her home.

I could hear defeat in her voice...“I feel so helpless and I just want to give up.”

‘Valerie’ and I talked for about an hour. I wanted her to know that she was heard, and I wanted to address every unique situation she presented me with a thoughtful answer. In addition to resources for things that may help support her financially, I didn’t want the reason she originally called to get lost in a maze of other referrals. I looked for self-defense courses in the area. Even though I was unable to find direct referrals for courses she could take for free, I didn’t want her to lose her drive.

I gave ‘Valerie’ information about the community centers in the area and encouraged her to speak with Metro Parks. If these community centers did not offer self-defense courses, I told her not to give up and I suggested that she think about starting something of her own. ‘Valerie’s’ drive for change was infectious. If she was able to speak with Metro Parks and start participating in self-defense courses with other victims of domestic violence, people would benefit from her strength.

I wanted other people to hear her story. Many others were in her shoes- helpless, afraid, alone and unheard. I realized the potential in her to go forward and use her experience to change our community. Now all that we both felt was passion and motivation. I told her that if there were gaps in resources for domestic violence victims and survivors that she could become an advocate for change in our community. Valerie’s story was powerful, and I didn’t want it to get lost. I didn’t want her to give up on help. I knew that her story and strength could help inspire other people.

A year later, I answered the phone as I do every day. I introduced myself to my caller and before I was able to finish my sentence I was interrupted by a shriek of delight and a familiar voice shouting back at me. It was ‘Valerie’! It seemed like fate had brought us back together. She and I quickly began talking like old friends and discussed her progress since the last time we talked. I was so thrilled to hear the happiness in her voice while she told me the latest developments in her story.

She was so excited to be speaking to the same agent who had listened to her while she was in crisis, especially when nobody else seemed to be listening at the time. I felt proud. This time, no tears. Her voice was strong and powerful. I could feel the sparkle in her eye through the phone. Valerie meant business.

“I’ve grown a lot from the beginning," she said.

She wanted to connect with others who were experiencing the same crisis she had. I was excited to give her information on peer support and told her how she could get involved by sharing her story with not only people I knew would listen, but who would benefit from hearing her story and her journey.

She told me how much she had fallen in love with the law and how she was spending great amounts of time using the law library and researching different Federal and State laws. ‘Valerie’ dreamed of becoming involved in legal services one day and I strongly encouraged her to do so. We took a few moments discussing different options about how to get that started, now or in the future, and how her passion would benefit many if she became involved in criminal justice. She was so energetic and enthusiastic about how the law could help people who have suffered domestic violence and other injustices.

A part of our job at 211 is to conduct follow-ups with our callers, not only to give them resources but to ensure they were able to access them. We call back to see if our referrals were able to provide assistance and if not, why, and what barriers can we break through problem solving so our callers are able to get the assistance they need.

When I called ‘Valerie’ back I wanted to ensure that all of her basic needs were being met and that her and her child were safe. She told me about her assistance with rent, utilities and food, so they were no longer a stress factor in her life. We talked about Metro Parks and the program she was starting to develop.

“I put it together and presented it to Metro Parks and it was accepted by them! I am still working on it!”

I was so impressed with the initiative that ‘Valerie’ had taken. Even though she was struggling and trying to find assistance for herself, she had still taken the time to call Metro Parks and inquire about self-defense courses and yet still found the energy from within to start the process of developing a program for our community so others feel empowered and safe.

This is not an easy or quick process, yet ‘Valerie’ has devoted her time to find a way she can move this program development along. Just knowing that this was something she was thinking about and working on was unbelievable to me. She had gone above and beyond for her community, and that has inspired me.

‘Valerie’ dialed 211 and expected to be let down the way many before had let her down. Instead, she was connected to people who believed in her mission and the power one voice has to make an impact. Valerie walked away from our first conversation with tools in her belt that she was not expecting to gain from calling 211. Now, ‘Valerie’ knows she has a resource to call whenever she is in need, or wanting to connect others to help.

“You have always been such a blessing every time I call.”

211 is a call for help. Sometimes help comes in ways you don’t expect. ‘Valerie’ did not get the resources she was originally looking for...that happens and that is okay. Like many of our callers, ‘Valerie’ was given so much more than what she was looking for. Sometimes the help you need is help finding your voice and the encouragement to advocate for yourself to make change.

Stories like hers are why I am so proud of the job I do. 211 connects people to resources for help, and in this case it connected me to ‘Valerie’, who not only wanted help for herself but to help build a safer, healthier and happier community.

Get connected. Get answers. Make change.

United Way of Pierce County
Pierce County, Washington
Our goal is to lift 15,000 local households out of poverty and into financial stability by 2028, one family at a time. We create a solid foundation for Basic Needs like food, clothing and shelter so people can move out of crisis; Breaks Down Barriers via South Sound 211 to connect families to critical resources and navigation services including behavioral health, housing, transportation and employment; and Builds Strong Families by helping people face financial challenges with free, one-on-one financial and career coaching and resources that help families thrive and break the cycle of poverty. By mobilizing local businesses, community organizations, governmental agencies and individuals who are committed to making a long-term measurable difference in our community, we are tackling poverty in Pierce County. To learn more visit www.uwpc.org.